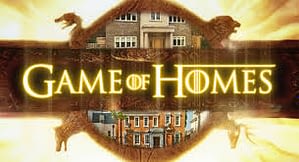 Speaking at the second of a four-part series, Phibbs – from the University of Sydney’s School of Architecture, Design and Planning – likened the shifting blame-games of all three levels of government to the TV series based on George RR Martin’s saga.

‘A lot of stakeholders like to say the housing shortage results from a supply bottleneck – they won’t admit it’s tax settings and the setting of interest rates at 40-year lows.’

Phibbs says that inclusionary zoning is a better idea than zoning uplift/bonus schemes ‘as long as developers are given lots of notice’. He also commends the idea of build-to-rent for industry super funds that want to put such investments in their ‘ethical option’ for members with a long-term investment horizon.

In the first of the four lectures, Dr Ben Spies-Butcher, outline five possible solutions. Dr Spies-Butcher, who is Senior Lecturer, Economy and Society, in Macquarie University’s Sociology Department, said these are: