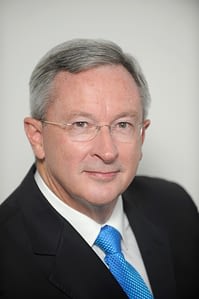 Minister Hazzard made one of his first major speaking engagements as the new Minister for Family and Community Services and the Minister for Social Housing at the NSW Community Housing Conference (May 5-6, Co-hosted by the NSW Federation of Housing Associations, the NSW Aboriginal Housing Office and Churches Housing).
His address was much anticipated by those in the sector, as his expertise and long-standing commitment to social improvement is well known and respected. His first act was to announce an exciting bipartisan initiative. Former Premiers Nick Greiner and Morris Iemma will be co-chairing a housing forum on how can we get more housing utilising planning, financing and innovation.We await details of the forum and will inform you as soon as we have more information.
The following biographic details have been released by Minister Hazzard’s office for your information.
The Honourable Brad Hazzard MP is the new Minister for Family and Community Services and the Minister for Social Housing in the NSW Liberal & Nationals Government.
As Minister, Brad has been tasked to drive the NSW Government’s policies to safeguard the most vulnerable members of our community and address the cycle of disadvantage. His diverse portfolio directly supports around 800,000 people every year and reaches a further million through local community-based programs. It also owns and manages some 130,000 social housing assets worth approximately $35 billion.
Brad started his professional life as a graduate science teacher at North Sydney Boys High School. He later studied law at the University of NSW and was admitted as a solicitor in 1977. In 1984 he was awarded a Master of Laws from the University of Sydney. Brad practised as a solicitor and arbitrator. He has lived on the Northern Beaches for most of his life.
He entered Parliament in 1991 as the State Member for Wakehurst on Sydney’s Northern Beaches, taking it from a marginal seat to one of the ten safest seats in NSW for the Liberal Party. In the Greiner and Fahey Liberal & National Governments he was Chairman of the high profile StaySafe committee, leading campaigns for improved road safety.
From 1995 until 2007, while the Liberal & Nationals were in opposition, he served continuously on the front bench in more than a dozen different portfolios, including as Shadow Minister for Community Services and Disability Services.
Before his appointment as Minister for Family and Community Services and Minister for Social Housing in April 2015, he was the Attorney General and Minister for Justice. Prior to that he served as Minister for Planning and Infrastructure, Minister Assisting the Premier on Infrastructure NSW and Leader of the House in the Legislative Assembly.