People in wealthier occupations are much more likely to use negative-gearing, according to Greg Jericho, writing in The Guardian.

When the annual taxation statistics were published in late April, the general media crowed that most negative gearers earned below $80,000.

However, Jericho writes, ‘of the nearly 400,000 people who are chief executives, executives or general managers, 18% claimed a rental loss, compared with 13% of the just over 700,000 school teachers, midwives and nurses.

‘Anaesthetists and surgeons – the two occupations with the highest median incomes, love to negative gear – 30% of anaesthetists, and 29% of surgeons do so.

‘And over the past four years, the big growth in negative gearing has been by those owning multiple properties’.

The chart – courtesy ABC.net.au – shows that the proportion of negative gearers is highest among two groups: medical practitioners and air/marine transport professionals. 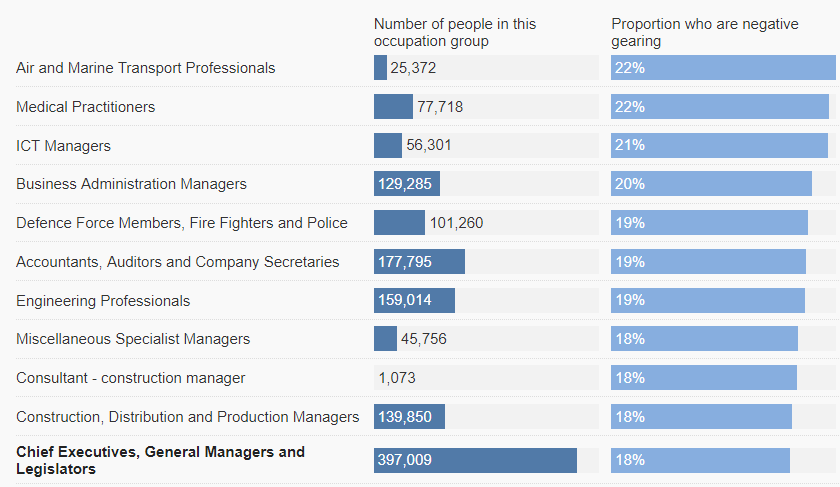