We’re beginning a new series, introducing the members of Churches Housing Inc. We want to share with you what makes them tick – what motivates them and how their organisations respond to improving access to affordable housing.
We thought it would be a good idea to start with our Chairman! 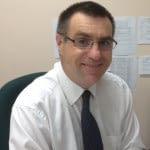 Rob has recently struck out on his own to create the sort of ethical real estate agency he was heading towards his whole working life. Rob seems to be uniquely positioned to create this business, which combines twenty years’ business experience in the corporate sector, his years working in the not-for-profit housing sector and the recent completion of his theology training.
Rob resigned from corporate life at IBM in 2006, uncomfortable with the limited ability to perform social good with the focus on shareholder profits. He felt called to find a way to transfer his corporate skills to a not-for-profit or church setting. He began working for the forerunner of CHI (Churches Community Housing Ltd.) as accountant and through that, realised the opportunity involved in partnering with churches to fulfil their mission to minister to the most vulnerable in our society.
When CCHL split into the peak body CHI and the housing arm Ecclesia Housing in 2010, Rob stayed with the housing company. He was excited when then Prime Minister, Mr Kevin Rudd launched NRAS (the National Rental Affordability Scheme), as it was ideally suited to churches. Rob says, “One of the challenges for an ordinary Community Housing Provider, is that they don’t have access to land. It seemed like an ideal opportunity to make things happen (for churches)”.
Churches are better able utilise their land to make housing projects financially viable. Partnerships can be developed between churches, developers and financiers – with churches holding onto their land title. During his time at Ecclesia, the project of which Rob is most proud belonged to the Catholic Assyrian Church of the East in Polding Street, Fairfield. Rob was involved from concept to completion and he was excited to assist this refugee church to help house their ageing community, and take some of the strain from the state aged care providers.
2013 saw Rob head up the new Salvos Housing. This is the community and affordable housing provider for The Salvation Army in Queensland, New South Wales and the Australian Capital Territory. Rob saw the opportunity to leverage economies of scale, with Salvos having well located sites in areas of high need. Salvos Housing was poised to tender for 8 different projects in ACT, NSW and QLD which would have resulted in over 300 new dwellings, but to their great disappointment, NRAS Round 5 was axed after a change of Federal government and it never went ahead.
“We had to look for other ways to continue with the developments. There are a lot of competing missional priorities, for which the scarce and valuable funds needed to be used. We DID develop a very strong internal collaboration with our Specialist Homelessness Services to develop best practice work for the clients, relying on mutual trust between the collaborating parties.”
As a member of Churches Housing Inc., Rob has been excited to have opportunities to partner with other churches as well as those in the private sector. Partnerships could be forged between ethically minded investors and developers, which were mutually beneficial with a social outcome. Rob is energised by the changing mentality in the sector – from feeling as if we have to rely on government grants, programs and stock transfers – to creating new and innovative ways to create relationships and partnerships, to making affordable housing happen. Being with one denominational organisation sometimes restricted that – so Rob took the opportunity to make a fresh approach to providing affordable housing to people on the lower side of the socio-economic divide.
Rob established Axis Housing with the Registrar of Community Housing in November 2016, and is excited to say that they have 29 properties to date – looking at up to 80 over the next month, and hoping for 120 over the next few months. The current focus is Western Sydney, but he has great prospects of moving into the Queensland in the near future.
Rob is looking to build up the portfolio with private developers, individuals, and churches that are wanting to provide affordable housing, but who also require the expertise of a registered CHP. Additionally, providing consulting services to churches to explore strategies on how they can use the vehicle of housing to fulfil their gospel mission.
The brief of Axis Housing is to develop a network of industry professionals that cover the building, design, development, financing and housing management as well as the regulatory environment. Rob continues to count it a privilege to be invited into different denominations to assist them in how they fulfil their mission to minister to those struggling in our society.
I asked Rob what were the snapshots, or defining moments that made him take stock of what he was doing. One was following the tragic death of a tenant – while he was devastated with the outcome – it made him wonder how many clients have we saved by doing what we do? This gave him the inspiration and spurred him on to greater industry – to take the tragedy and make a positive difference for as many as he could.
The other was when a client relinquished his tenancy. When questioned, he said that he was given the property because he was on a low income, but now he had improved his financial position and felt that it was selfish of him to continue to stay in the property, when someone needier than he could make use of it.

Stay tuned each quarter for a new profile of each of our members!