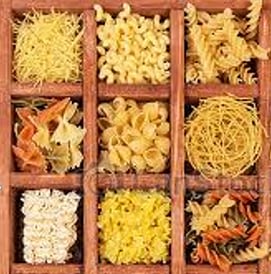 Australia’s three levels of government – Commonwealth, State, Council – are all responsible for various parts of the country’s housing affordability crisis, but no one level is responsible for solving it. Each level can pass the buck and the blame, and opt for politically safe choices that result in houses being built on urban fringes where very few residents will object, but where jobs and infrastructure are scarce.

Magnus Linder and Philippa Yelland present some solutions in this paper, Housing Solutions for Dummies, the second in a two-part series.

NIMBYs (Not In My Back Yard) are frequently blamed for successfully opposing infill development in inner- and medium-ring suburbs. Ironically, appealing to a different facet of self-interest could be a way through this impasse. Insufficient medium-density housing (three to five storeys) in inner- and middle-suburbs is now beginning to prevent the very NIMBYs who opposed such buildings from moving to smaller dwellings in their own suburbs, a practice labelled as ‘ageing in place’.

The second part of this changed conversation can be an appeal to NIMBYs’ concerns for their children, grand-children and other relatives or friends. The housing affordability crisis no longer is elsewhere, affecting other, unknown people. It is here now, in middle-class homes, affecting now-adult children.

Affordable housing is a difficult political issue but it is not unsolvable. It is a mess created by two decades of both major political parties’ decisions that favour the existing 65.5% of owners – who are voters – at the expense of the 30.9% who rent privately – and who are also voters.[1]  However, this ratio is changing to more renters, particularly among younger renter-voters.

Another disincentive to change is the Federal Government’s annual deficit ($33 billion a year in 2016-17) – with an election looming. In contrast, most State governments are in surplus –and they also want to be re-elected.

Given that the complex ‘spaghetti bowl’ is split between the three levels, the solutions presented are divided between Federal (broadly responsible to demand-side contributions to the housing crisis), State (broadly on the supply-side) and Councils (planning).

At present, negatively geared investors can deduct losses on their property investments from their income from work.

Capital Gains Tax treats net capital gains as taxable income in the tax year in which an asset is sold or disposed of. If an asset is held for at least one year, then any gain is first discounted by 50% for individual taxpayers, or by 33.3% for superannuation funds.[2]

Over 10 years, if negative gearing was phased out and the CGT discount cut from 50% to 25% gradually, then property prices could drop 2%.[3]

That price drop could be more for cheaper properties because tax breaks have funneled investors into low-cost homes that are minimally taxed by state land taxes and tax-free thresholds.

University of Tasmania modelling shows that these changes would have little impact on the mom’n’pop investors. Over 10 years, the initial $20,000 cap on housing-related tax deductions would be lowered by $1,500 a year until the dropped to $5,000.

In addition to lowering house prices, these two reforms would improve the Federal Budget by about $5 billion a year.[5]

Contrary to scaremongers, rent levels would not change much and housing markets would not collapse. The change would be in lower land prices because the supply of suitable urban land is constrained.

At present, for the Age Pension assets test, the first $203,000 only of home equity is counted and the rest is ignored. If this was inverted gradually to assess all of a home’s value above a threshold of, say, $500,000, then this would be fairer and add from $1 billion to $2 billion a year to the Federal Budget.

For low-income retirees who have high-value houses, the effect could be reduced if they kept receiving the pension and then repaid the over-payment when their house is sold. Thus, the reform would have very little effect on retirees, but would lower inheritances.

These reforms would be introduced gradually so that retirees had time to respond.

Another reform could include more of the family home in the means tests for residential aged care. At present, the means test for support-only in such care includes the first $162,815 of the home and only if no other protected residents (spouse or dependent children) live there.

Australia’s financial regulators, APRA and ASIC, can limit banks’ lending to limit macro-economic risks caused by higher household debt. In late March 2017, APRA (Australian Prudential and Regulatory Authority) limited banks so that new interest-only housing loans could not be more than 30% of total housing loans. In late 2014, APRA had stopped banks from increasing their total lending to property investors by more than 10% each year. Ongoing restrictions on credit now appear to have successfully cooled the housing market.

First, the Foreign Investment Review Board (FIRB) prohibits third parties (such as real estate agents, lawyers and accountants) from knowingly helping people to breach foreign investment rules and yet existing properties have been sold to overseas investors. So, non-financial businesses and professions must be compelled to ensure that buyers are residents or have FIRB approval.

Second, foreign investors should be encouraged to rent out their investment properties, despite enforcement being difficult. The Victoria Government’s vacant-property tax will be self-reporting in 2018, the first year of operation. This is putting the fox in charge of the hen-house, a triumph of hope over experience.

Third, the Commonwealth Government can:

Fourth, anti-money-laundering laws can be tightened to stop Australian properties being bought to launder black money from overseas. Real estate agents, lawyers and accountants must be subject to money-laundering controls.

Immigration adds to demand for housing – Australia’s population would have grown 0.7% a year over the past 10 years without immigration. The actual growth has been 1.7% a year.

Infrastructure-building has been used in marginal seats to win votes rather than being built in the cities to which immigrants flock.[6] It follows that infrastructure must be built where people are actually living rather than where rhetoric says they should live.

Both State and Federal Governments are now talking about incentives to encourage immigrants to move to regional centres – the success or otherwise of this rhetoric remains to be seen.

The National Housing Supply Council was formed in May 2008 by the Rudd Government (Labor) but abolished in by the Abbott Government (Liberal) in late 2013. A new agency must be formed as an independent statutory body with its own staff.

In the area of social housing alone, to move people in the bottom-income quintile out of housing stress in Sydney, more than 7,000 social housing dwellings need to be built each year for the next two decades.

According to Dr Laurence Troy, ‘Around a third of this is just to maintain the (existing) share, which we are not currently doing.’

Dr Troy, who is Research Fellow/Lecturer, City Futures Research Centre at the University of New South Wales, says ‘the bottom quintile households we identify would (almost) all be eligible for social housing under the current system.

‘If we put this next to current housing targets of 30,000 per year, around 20% of all housing growth would need to be social housing.

The figures suggested are based on existing residents, so AHURI’s estimates are not premised on ‘some grand social redistribution across Sydney’, says Dr Troy.

The report costs-out delivery of such a program, based on a not-for-profit model, but with different subsidy arrangements. ‘The cheapest way to fund this, from a government point of view, is to provide capital grant funding,’ Dr Troy says.

While Australia has a lot of land, it does not have an abundance of well-serviced land near major city-centres. In 1990, land comprised 50% of the cost of residential dwellings – in 2016, this amount was 70%.[8]

State governments and local Councils must work together to:

Transport infrastructure that is close to affordable housing is crucial if lower-income residents are to be able to live close to employment. In Sydney, 2% only of suburbs and 38% of home meet NSW Government’s target for access.[9] Transport for NSW aims for all the city’s residences to be within 400m of a busy stop that is serviced every 30 minutes or within 800m of a train station serviced every 15 minutes.

Australia’s weak tenancy laws favour landlords by allowing no-cause evictions. Tenants say that the insecurity of renting is one of its biggest drawbacks, with this problem worsening as more people rent because they cannot afford to buy. States’ tenancy laws (and land tax rules) must change to offer tenants more security.

Other factors that contribute to tenants’ insecurity are:

Land taxes could be assessed on the value of each property owned rather than the combined value.

State land taxes have tax-free thresholds and progressively higher taxes based on aggregate landholdings in any one state. So, an institutional holder (with various properties in one State) could pay land tax of 2% in contrast to a mom-n-pop investor with one property only in that State who may pay no land tax.

This must change so that large-scale institutional (industry superannuation funds) can develop build-to-rent dwellings.

In all states, the main place of residence is exempt from land tax – this makes home-ownership more attractive and inflates prices.

An alternative way to do this would be to impose a $2 levy for every $1,000 of unimproved land value used for owner-occupied housing.

Either approach would lower land values from 3% to 6% and housing prices by about 3%.

In NSW at present, Councils must show the NSW State Government why affordable housing is needed in their LGA (Local Government Area). This is SEPP 70 (State Environmental Planning Policy No. 70 Affordable Housing [Revised Schemes]). This process costs time and money and is a disincentive to Councils.

Instead, State governments should mandate affordable housing for every LGA. This would compel new developments to include at least 15% of social housing or pay an equivalent levy for such housing to be built. Clear rules with little ‘wiggle room’ will give developers certainty and add to the supply of affordable rental housing.

Talking with residents can yield surprising results and lessen opposition to medium-density housing. The experience of the Brisbane City Council is instructive (see Council section that follows). Rather than removing planning controls from Councils, State Governments can allow more ownership and consultation.

Despite massive increases in supply over the past few years, demand did not dissipate and prices still escalated. What we need is supply of social and affordable rental housing, not a greater supply of expensive housing.

This was the result of almost 10 years’ work. In 2005-06, more than 60,000 Brisbane-ites commented on the CityShape plan for the next 20 years. The process then moved into five years of community consultation. While the process and final plan have critics, the overall outcome has been much less resistance to inner- and medium-density infill housing.

To re-phrase Tina Turner in Mad Max Beyond Thunderdome, we don’t need another report.[12] What we need is action from all three levels of government.

Tax and welfare reforms are urgent, as are decisions about immigration levels.

Community consultation can go a long way towards enlightening self-interest – people can oppose more density in their suburb but they will not then be able to age in place, nor will their children be able to buy in the same area.

While the mess, the concatenation, the spaghetti took 20 years to occur, we do not have another 20 years in which to talk endlessly about possibly solutions that some other level of government should do.

We must act now to make housing more affordable, to increase the supply of housing for low-income Australians to rent or buy and to end homelessness.

The blockage to affordable housing is not lack of money, it is lack of political will and bravery.