Creating a liveable Sydney for all is the topic of the Cities For Us Summit on Wednesday, 25 July 2018. 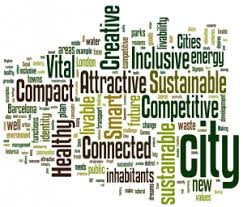 Other presenters will speak on implementation (integration, collaboration and governance), funding (who pays, who benefits) and equity (who wins, who loses).

Registrations close Tuesday 17 July and the cost is $290 including lunch.

Walking from Sydney Trades Hall to the Queen Victoria Building, you can visit Radical Sydney’s historical sites: an unlikely tearoom that hosted conspirators for women’s rights, the meeting place for larrikin unionists who saved the city’s heritage from bulldozers – to name just two. 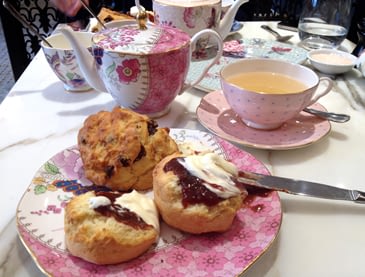 Hosted by Sydney Alliance community organiser Natalie Martignago, the small-group (up to 10 people) tours finish at The Palace Tea Rooms in the Queen Victoria Building.

The 2-hour tours raise funds to train the Allliance’s organisers and to keep the organisation independent of government funding.

To book, go to bit.ly/RadicalSydneyTours

It has been with some excitement and anticipation that we at Churches Housing put forward this research report into the Yallah Youth Housing Program. It presents as a unique and overwhelmingly effective initiative to provide transitional housing and community for youth who are homeless or in danger of becoming homeless. In many ways you would think that the Lighthouse initiative at Yallah is wrong; its location is nowhere near many essential services, transport or areas of high employment. Yet this transitional housing program appears to be a lot more than just transitional; it appears to be genuinely transformative. With 67% of participants ending up in secure accommodation and 49% in full-time employment or training upon completion, this program has something special.

The first we heard about the Lighthouse initiative was a few years ago when working with Anglicare. Anglicare Illawarra commenced partnering with Lighthouse to deliver personal training to a group of young women who were in danger of becoming homeless, part of the Yallah program. This personal training program, delivered twice weekly, saw this group transformed. Many were dealing with much anger, frustration and past abuse, while some did not even have a pair of shoes to train in. Over a period of months the personal training saw this group compete in the local Illawarra Aquathon, of which Anglicare is the main charity beneficiary. Complete with new shoes and tri-suits, (thanks to some corporate sponsorship) this group of ladies not only competed, but felt so empowered afterwards that they commenced to recruit some of their friends to participate with them in another event. However, personal training was not the primary goal. The personal trainer shared that she knew she was there primarily as a life coach, looking to build long-term relationship in order to foster self-esteem. Relationship was the key!

The NSW Government’s own “Going Home Staying Home Reform Plan” seeks to reduce repeat homelessness, increase the proportion of clients who can establish and keep long-term accommodation and reduce the need for temporary accommodation. The Lighthouse initiative does all of this, but how? The key that comes through loud and clear through the client interviews is relationships; specifically caring relationships that build community, along with links into a broader caring community outside of the program itself. Some programs may evaluate success based on the number of beds made available, the number of interventions made or the number and types of services delivered. However, the defining measurement must be the outcomes that occur at the end of the program itself. Has genuine transformation begun, have the participants learned to become independent, have they secured long-term accommodation and are they either gainfully employed or in training to be so? Delivering services is simply not enough; services must be delivered in the context of a caring community and relationships that foster a sense of self-worth.

We hope that our state government benefits from the insights given in this report and can support and encourage programs that deliver more than just services. We hope that other church and community groups will be inspired by the findings in this report and can be encouraged to implement new and innovative programs to target youth in their own communities. Finally, we also hope that this report will be of great benefit to Lighthouse itself in evaluating, planning and making any necessary changes to ensure this program continues to be successful into the future.

Moriah House is a very successful facility of St Francis Xavier College Parish in Ballina. It provides much needed affordable housing for low to moderate income earners who have attained the age of 60.

The building of Moriah House was made possible with the help of NRAS subsidies.

“Living within St Mary’s Village has transformed my life. We were struggling to  pay our household bills prior to moving in. Not only is this a home for  us, but we also feel strongly connected with the community. I would like to thank the church for the compassion that they have shown us by building these units.” – A resident in St Mary’s Village

In 2011, the Assyrian Church of the East completed the construction of 50 apartments in Smithfield. The apartments are targeted towards the older members of the community with low to moderate incomes.

The apartments are adjacent to one of their parish churches in Smithfield (Western Sydney). The complex consists of 37 two bedroom, 6 one bedroom and 7 studio apartments.

This project was one of the first projects approved under the federal government’s National Rental Affordability Scheme.

What was the need?

The Assyrian population has increased greatly over the past decade, with much of the growth triggered by the turmoil surrounding Iraq. They have primarily settled in the western suburbs of Sydney, and form a significant portion of the community. In the 2011 census, the Assyrian people accounted for around 9% of Fairfield LGA population, and had increased by over 60% in the last 10 years.

Coinciding with this increase in immigration, housing affordability was also emerging as a significant issue in Sydney. For people that had recently escaped from their homeland, their financial resources were severely limited and they were prone to significant hardship.

How did the church respond?

The church approached their congregations to seek their views on the idea of providing affordable housing for seniors. The response was overwhelming and within weeks, 120 families sought to be placed on the waiting list.

In the early stages, the archbishop approached Derek Yule from Churches Housing, to seek his advice on how they should proceed. Derek’s initial advice was to obtain the land that they required. From this point, the church progressively acquired the land and moved towards commencing the project.

With the land purchased and plans drawn up, the church obtained their development approval under the Senior’s Housing SEPP.

The problem now facing the church was how to make the project viable. Interest rates were high (pre-GFC period) and the numbers were indicating that maybe the project would be delayed. In 2008, Churches Housing approached Archbishop Zaia with news that the federal and state governments were partnering to provide financial assistance through the National Rental Affordability Scheme (NRAS).

With an annual incentive payment of $8,000 per unit, NRAS provided the additional funds required to allow the project to proceed.

With the assistance of Churches Housing, an application for funding was made and the project was one of the first projects approved under the National Rental Affordable Scheme.

With construction underway, there was an increasing level of excitement within the community.

Despite the construction process preceding well, the onset of the Global Financial Crisis caused additional issues for the church. Finance for the project had initially been sourced through a smaller foreign-based bank. With the restrictions of credit, the bank experienced difficulties in providing the funds when required, which in turn had further impacts on the development timeline.

The solution for the church was to re-finance the project – this time with one of the major Australian banks.

The project was practically complete by late 2010, with the final approvals for occupation granted in early 2011.

The project was officially opened on 27 September by His Holiness Mar Dinkha IV, His Beatitude Mar Meelis Zaia and the Hon Chris Bowen.

With the completion of the apartments, the next 3 weeks saw a flurry of activity as the tenants began to move into their new homes. The church engaged Ecclesia Housing to manage the tenancies and has formed a successful partnership with them. Ecclesia Housing visits the site each fortnight with their mobile office, allowing the tenants to readily access the services required.

A notable aspect of the project is the sense of community that has been created, which is integrated with the church next door. The parish priest, Father Gewagis Atto comments that the people are always looking out for one another and making sure that they are well.

Archbishop Zaia is pleased with the success of the Senior’s Accommodation project – yet realises that this is just the beginning. His desire is to be able to help families that are struggling.

He recognises that one of the products of the success of the project is to have long-term access to sustainable finance – and is currently exploring ways that this may be achieved.

When the floods hit Toowoomba earlier this year, John* fled his unit and headed south. He landed up in a caravan park. He didn’t know a soul there. John was one of the first people to be housed in Illowra Place.

Funding was accessed from the Department of Sustainability, Environment, Water, Population and Communities, Housing NSW and National Affordability Rental Scheme under the Federal Government stimulus package.

Construction on the $4.7 million project began in September 2010, and the complex is located directly across the road from the organisation’s aged care site BCS Maranoa Centre – Lismore.

The development was a nominee in the Affordable Development category of the UDIA NSW Austral Bricks 2012 Awards for Excellence.

The 26 unit social housing complex was officially opened on 31 October 2011 and is providing housing for older people who wish to live near older people who share similar interests and needs, with formal and informal support systems. BCS has strong links with local aged care services and BCS Illowra Place offers seniors access to shops, transport and other services.