Church Housing’s Vertical Village project is up and running with approval now given for the research proposal and an ongoing submission of the ethics component through Macquarie university.

Planning for the theological underpinning of the project is also underway with topics being formulated and paper writers being approached.

For those new to the concept of Vertical Village, here is a simple explanation.

We all know about horizontal villages, whether we are consciously aware of it or not. We have either grown up in one or visited one at some stage.

In this scenario most are within walking distance horizontally. These horizontal villages usually have a strong sense of community. People often work in the local area.

For those who grew up in the suburbs of a city, what you experienced is somewhat akin but on a larger scale. The amenities are still spread horizontally but with larger distances (no longer walkable). Sense of community is somewhat less as commuting to work and the centralisation of amenities in large regional marketplaces means travelling outside the local community.

Since the invention of the lift, higher density living has been possible and with the increasing world population, inevitable. With less horizontal space available, density needed to become vertical. But vertical density whilst still working on the horizontal village model has created loss of community and isolation of individuals and families.

The communal space available in these higher density areas was created on the horizontal plane and cannot cope with the number of people wanting to use it. People have little or only passing contact with neighbours.

The Vertical Village concept seeks to address this problem by asking the question “How can we provide the necessary amenities vertically alongside/within housing developments where communities can develop and flourish?”

The aim of this research is to explore how faith-based organisations (FBO) can facilitate place-making and community development in multicultural high-rise, mix-tenure and high-density urban environments. 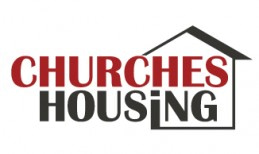 Churches Housing is increasingly involved with the Ryde Pastors Network on its Vertical Villages Investigation Project in conjunction with Macquarie University.

The network aims to understand how faith-based organisations (FBOs) can help community development in multi-cultural high-density environments so all can flourish, physically, emotionally, relationally and spiritually.

Working with the Department of Geography and Planning, the project will use various methods including:

Within the social and affordable housing sector, it takes us back to square one and we may need to consider our advocacy strategies if we are to make any progress federally over the next three years.

Can we learn to speak the language of economics, infrastructure and return on investment?

And can we make for a compelling case?

I’m sure we can. There is already a large and robust body of research on this topic. It is a challenge when the wind appears to be taken out of your social and affordable housing sails, but for the many vulnerable people under housing stress and staring down homelessness we have no choice but to persevere.

Focusing on avoided costs (think justice, health etc), viewing housing as social infrastructure and as a public health intervention (see AHURI Report 312 – The Business Case for Housing as Infrastructure, May 2019) may connect with minds that have not been convinced by a social justice narrative.

This is me preaching to myself but I figure there are a few of you reading this who may feel the same way.

If you are, then I would love to know your thoughts on how we may prosecute our advocacy over the next few years.

And with that, I need to let you know that I am on extended leave for 4 weeks, returning to the hot seat on Monday 1 July.

During this time, my more-than-capable colleague and collaborator, Philippa Yelland, will be stepping up – no doubt able to change the world of housing in that time.

I wont be monitoring emails nor taking calls as I’ll be overseas. Bon voyage!

Questions about housing, finances and food insecurity form an important part of the City of Sydney’s resident survey.

Run every four years by the City of Sydney, the community wellbeing survey goes to more than 100,000 households in the council’s LGA.

One question, for example, asks respondents if housing costs have forced them to unwillingly sacrifice spending on: food and groceries, heating, medical treatment, other household items, sports and recreation, arts and cultural activities, eating out, or education.

Housing issues also top the list of response options in another question that asks if households are thinking of moving out of the City of Sydney in the next one to five years for reasons of: home rental prices, home buying prices, or family (housing of schooling).

If you live in the City of Sydney LGA, then you are welcome to do the survey online at cityofsydney.nsw.gov.au/wellbeing

The deadline is Thursday 20 December 2018. The online survey is in English, Chinese, Thai, Indonesian and Korea

To move people in the bottom-income quintile out of housing stress in Sydney, more than 7,000 social housing dwellings need to be built each year for the next two decades.

According to Dr Laurence Troy, ‘Around a third of this is just to maintain the (existing) share, which we are not currently doing.’

Dr Troy, who is Research Fellow/Lecturer, City Futures Research Centre at the University of New South Wales, says ‘the bottom quintile households we identify would (almost) all be eligible for social housing under the current system.

‘If we put this next to current housing targets of 30,000 per year, around 20% of all housing growth would need to be social housing.

The figures suggested are based on existing residents, so AHURI’s estimates are not premised on ‘some grand social redistribution across Sydney’, says Dr Troy.

The report costs-out delivery of such a program, based on a not-for-profit model, but with different subsidy arrangements. ‘The cheapest way to fund this, from a government point of view, is to provide capital grant funding,’ Dr Troy says.

For the short version of AHURI’s report, go to:

For the full version, go to:

Churches Housing was at Penrith Uniting Church in late May for a forum on social and affordable housing, following up from the Penrith Speaks survey on affordable housing in collaboration with the Sydney Alliance (early on Saturday 17 March this year, 131 volunteers with the Sydney Alliance and Citizen Action Penrith Affordable Housing had 628 face-to-face conversations with Penrith residents and visitors).

The follow-up event on Saturday 26 May, was an important advocacy opportunity organised by the Uniting Social Justice Forum and included the Lord Mayor of Penrith, Senator Doug Cameron, Penny Leong MP the Greens housing spokesperson and Dr Tim Williams. To read the results of the survey click here.

To my surprise and delight, my own daughter, Annika, has featured in The Sydney Morning Herald (click here) as a lead-in to a story about the new Rental Affordability Index developed by SGS Economics and Shelter. Not a day goes by when we are not reading multiple stories in the news about housing affordability, homelessness and the impacts of housing stress. Let’s continue to shout the truth from the rooftops and laneways if you cannot afford a roof over your head, until we see reasonable solutions and policies at all levels of government. The market is already regulated and influenced by many policies – but the system is now so broken that a major re-think and re-set is required.

Finally, I have an invitation for you to collaborate with us. We began to write a list of reasons why housing affordability is such an issue (in plain English) and we see great value in collaborating within our sector to write up a definitive list with a short summary as to why and what the issues are.

For example, cheap interest rates, taxation policy fueling demand, empty apartments being used as ‘banks’ etc etc. This list could become The Dummies Guide to Housing (Non) Affordability. Part 2, of course, will be a similar list but based on possible solutions to the issues we listed in Part 1.

Have you given us feedback via our annual survey? If you received a link to our survey and haven’t yet responded, please do so because this provides vital feedback in our reporting. If you haven’t received the link and would like to participate, then please email [email protected]

This is an important opportunity to influence changes in the system that may help you and your organisation in your own reporting and registration requirements.

In a nutshell: ‘How can the system change to be more helpful to Tier 3 providers?’

The session will be opened by representatives of the NSW Registrar of Community Housing, who will then leave so we can discuss openly and freely – issues and suggestions will then be put forward to the review process.

If you are a Tier 3 provider, then save this date and nominate a representative to attend.

This meeting will allow the faith-based sector to provide feedback to another meeting organised by the Registrar on Tuesday 24 July at Homelessness NSW, 99 Forbes Street, Woolloomooloo.

More than 15 peak bodies are calling on the NSW Government to make public the Tune Review. Written by former senior public servant David Tune, the independent report warns that the current system for supporting at-risk children and families is ‘ineffective and unsustainable’.

Churches Housing attended a roundtable, hosted by Leigh and Owens, in May to meet local community organisations and to lobby for affordable housing for all.

Dr Leigh, member for Fenner, and Owens, member for Parramatta, both spoke about worrying trends.

Owens added that rates of volunteering and donations rates had dropped in recent years.

The Reconnected roundtable, held at Parramatta Mission, encouraged Western Sydney charities and not-for-profits to exchange ideas about ensuring that communities have stronger bonds and louder voices.

The Parramatta meeting was the 11th such roundtable – others have been held in Sydney, Perth, Brisbane, Canberra, Melbourne, Adelaide, Newcastle, Launceston, Hobart and Darwin. Representatives of more than 1000 Australian charities have attended so far.

Wentworth Community Housing is searching for land blocks in the Hawkesbury, Blue Mountains and Nepean areas for three to five years.

Block size needed is from 550 m2 to 1500 m2 for 4 to 10 tiny-homes for three to five years – after this, the village could be relocated.
The block needs to be connected to services and within walking distance to public transport.
Each home will be 20-30 m2, some being self-contained, others sharing facilities such as a laundry.
Other inclusions will be a community room, common green space and kitchen gardens.